At the AGM the Matheson Trophy was awarded to John Szarkiewicz and Frank Durdle for the largest Salmon caught. This was shared with Albert Sutherland and all 3 caught a 7lb Salmon. 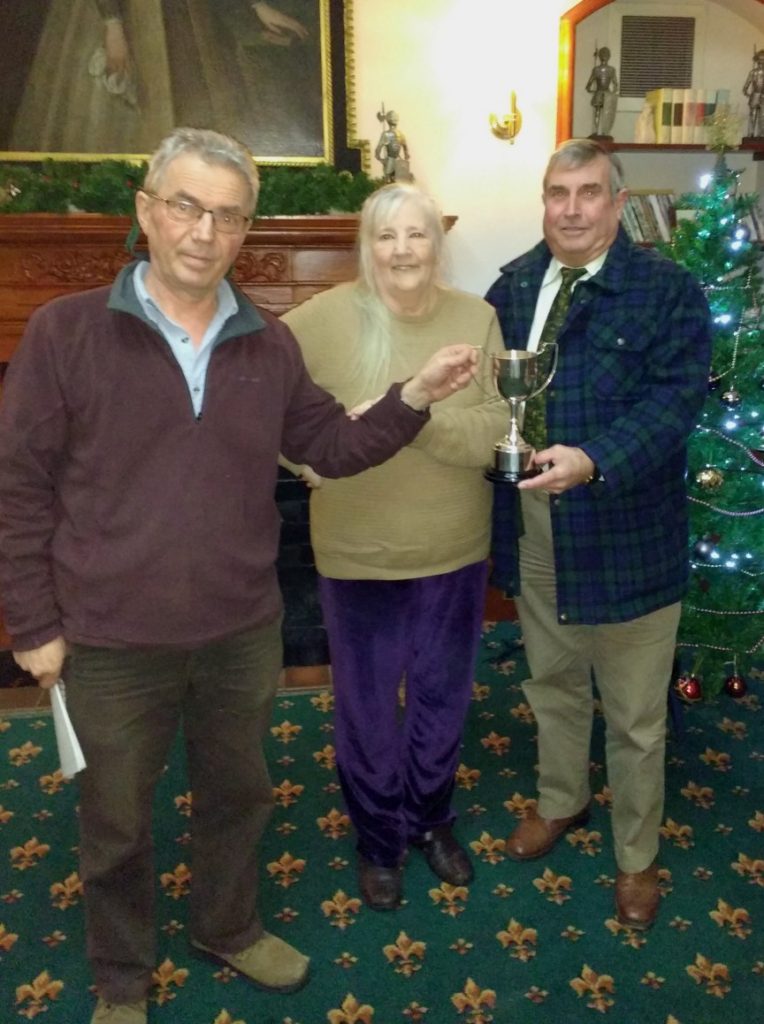 The club organised a day of fishing for the local juniors at Orrin Fisheries on Saturday 9th June.
There were around a dozen juniors and a few less seniors at the event which lasted until early afternoon.

Many fish were caught and we hope these juniors come to enjoy fishing and may become club members. Thanks go to John Brocklehurst for organisation, all those seniors who participated to offer advice and supervision.

The Club would also like the thank all those who gave a donation towards the funding of this fishing day: Syd Pennington, Peter Masheter, the Ness & Beauly Fisheries Trust and Ian McHardy and John Brocklehurst.

A number of pictures were taken by Ian McHardy and Chris Daphne which are shown below: 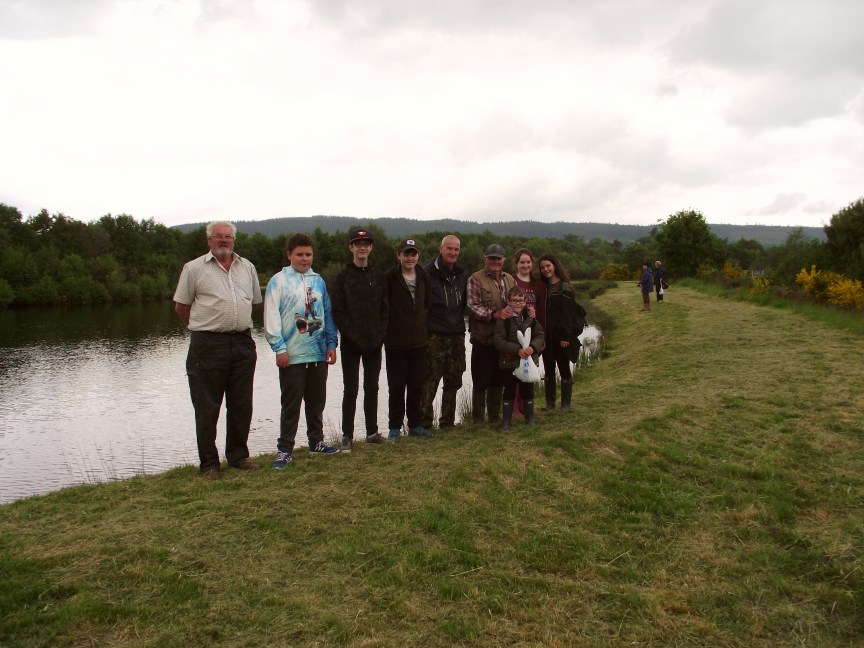 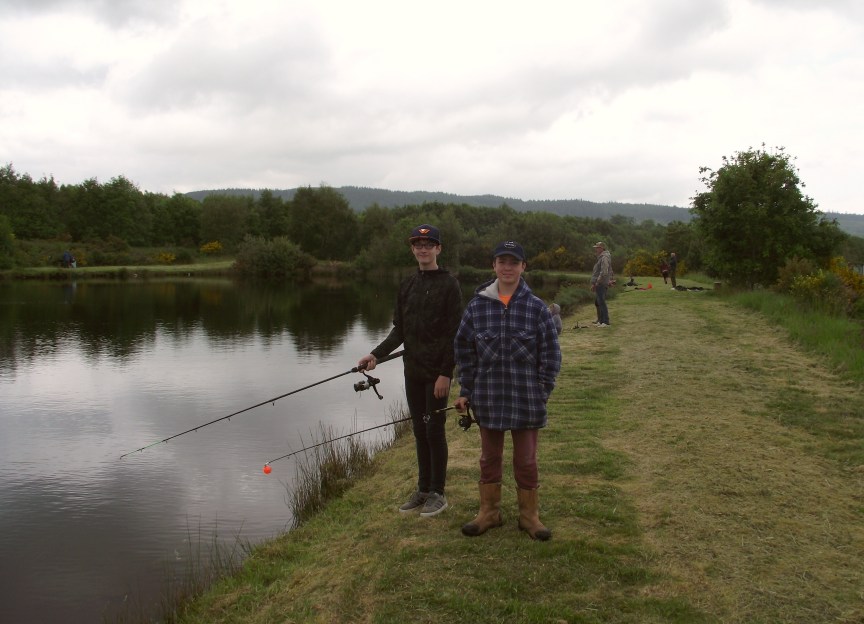 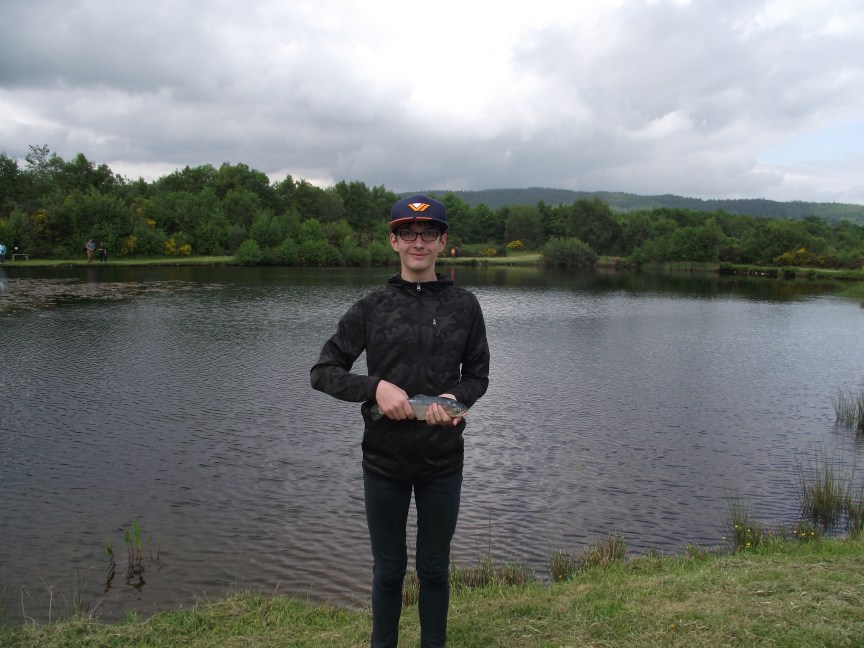 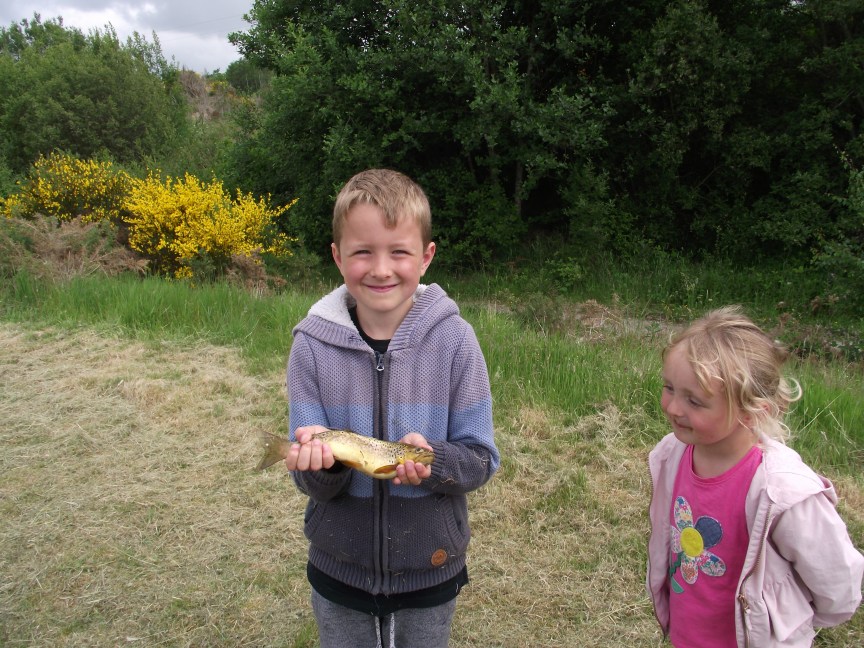 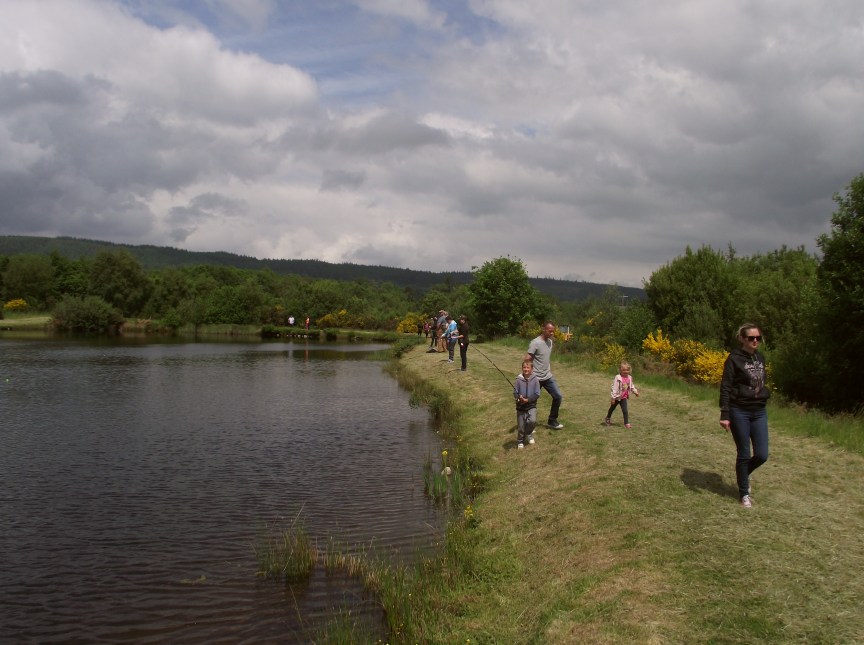 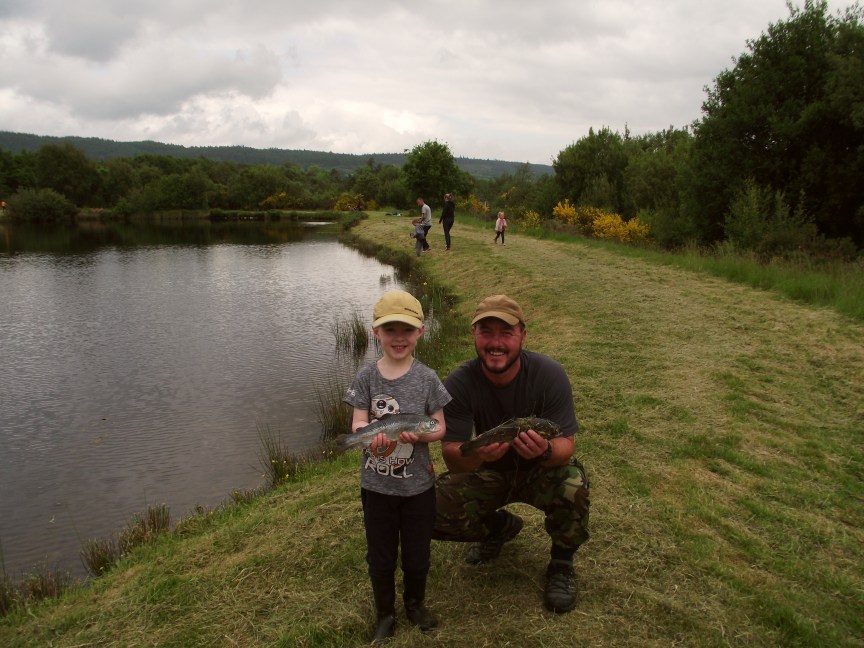 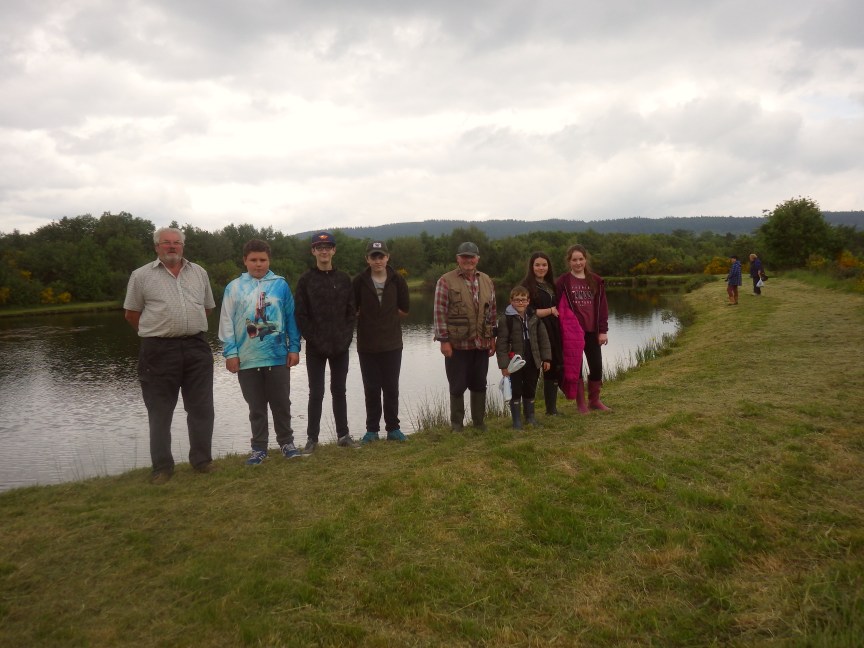 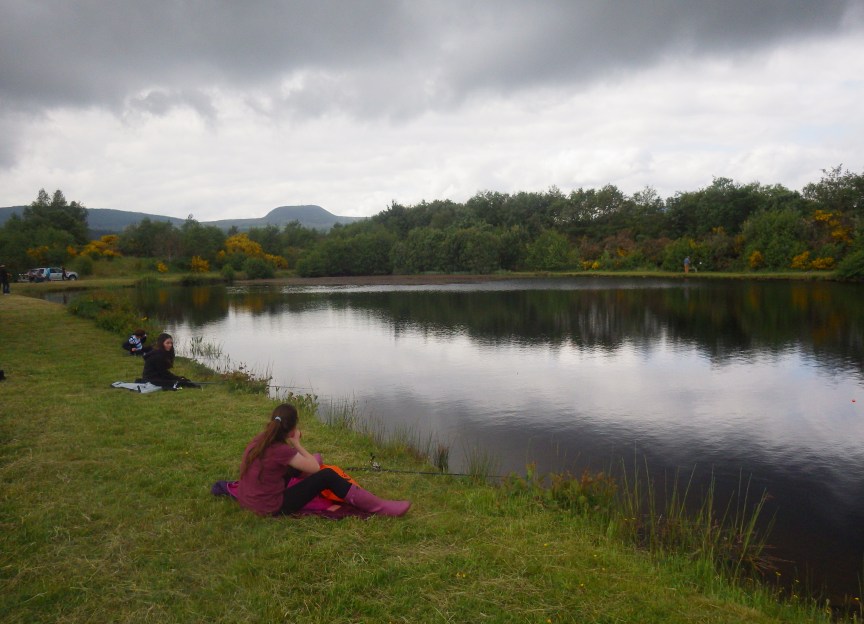 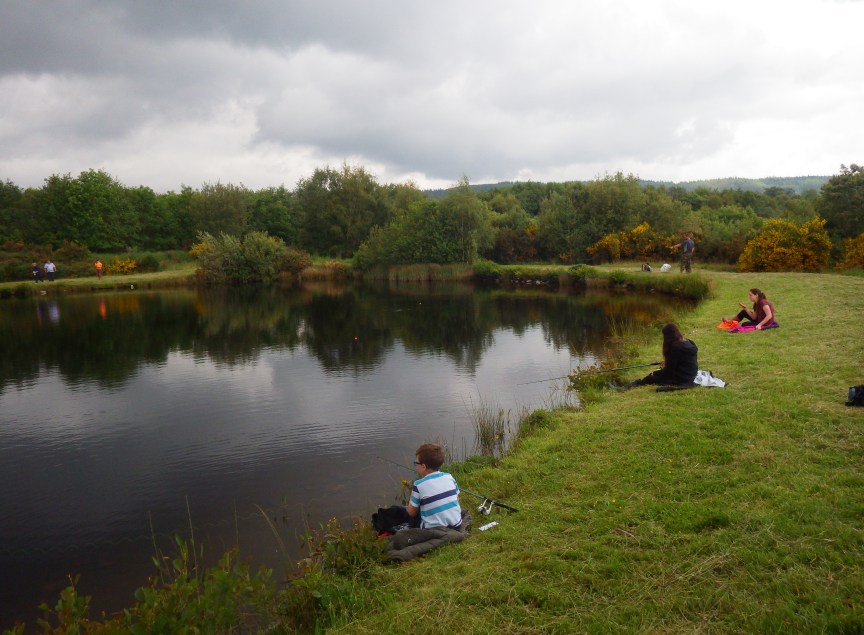 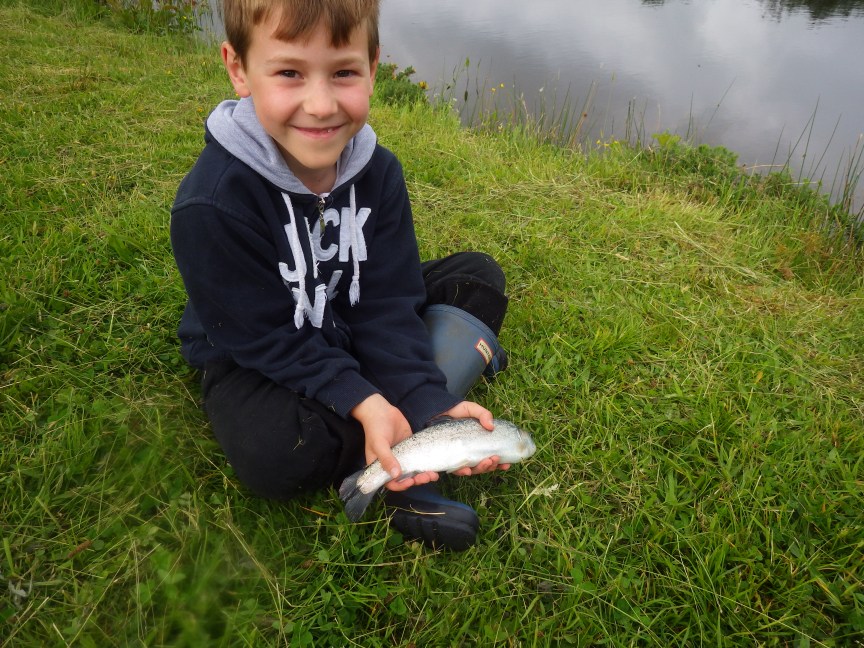 Thanks also to those seniors who either supervised or brought along their juniors to have a fish: John Vickers, Chris Daphne, Ian McHardy, Duncan Fraser and John Brocklehurst were amongst the dozen or so adults who appear in the photographs.

In early April Ewen Robertson took Iain and Craig Morrison along to the Ferry Beat to help him remove a ‘small’ log affecting anyone casting over the beat. This turned out to be a little larger than was expected as it stretched a long way across the river, but with a block and tackle, a chain saw and much effort, the log is now sawn up and drying out. Regretfully there are no pictures of Mr. Robertson (busy directing operations?) 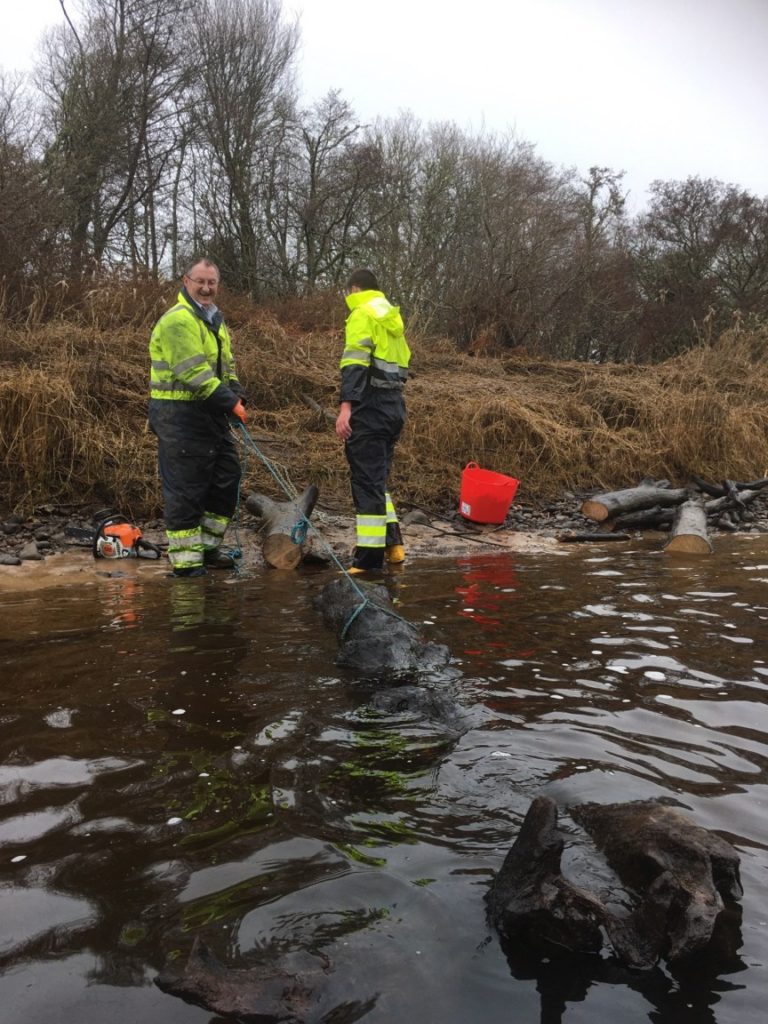 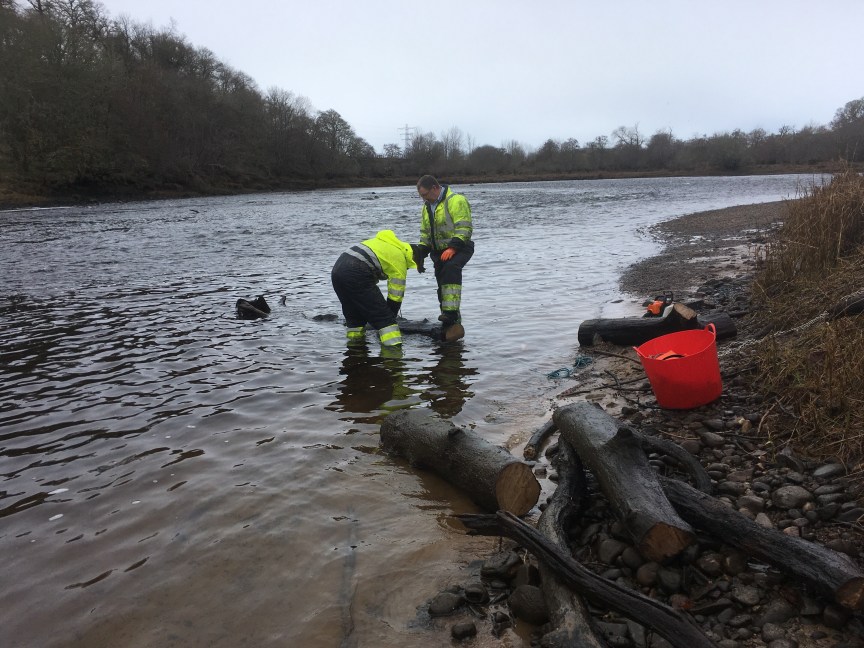 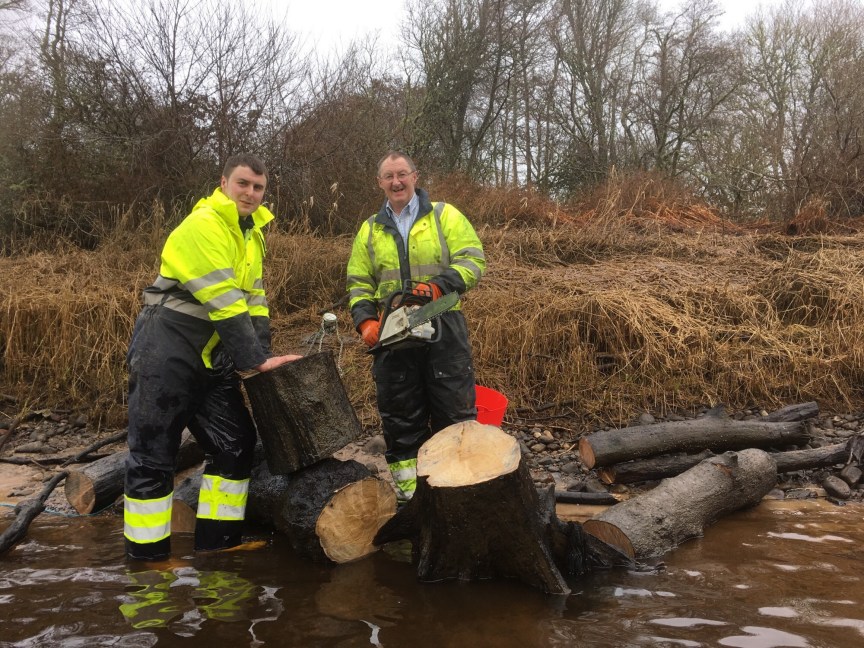 Opening Ceremony February 17th at 11am.

A few photographs were taken and included here. If there are any others you wish to publish, please email us at the Beauly Angling Club. 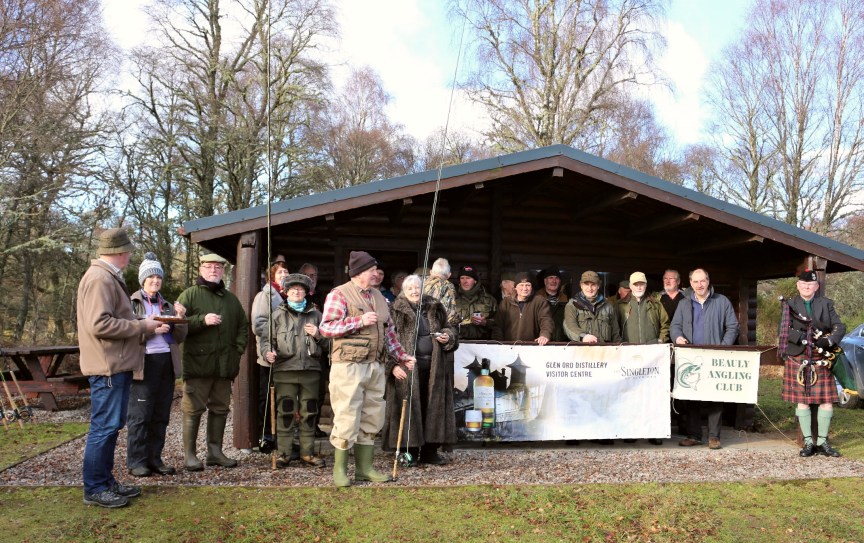 Getting ready to process down to the water with the Piper. 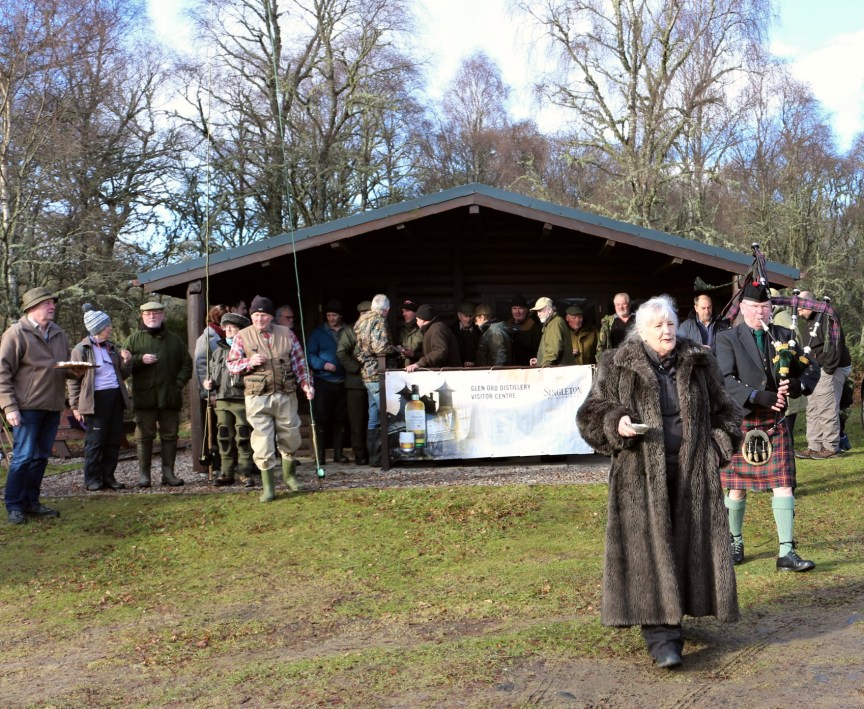 Quaich in hand to the sound of the pipes. 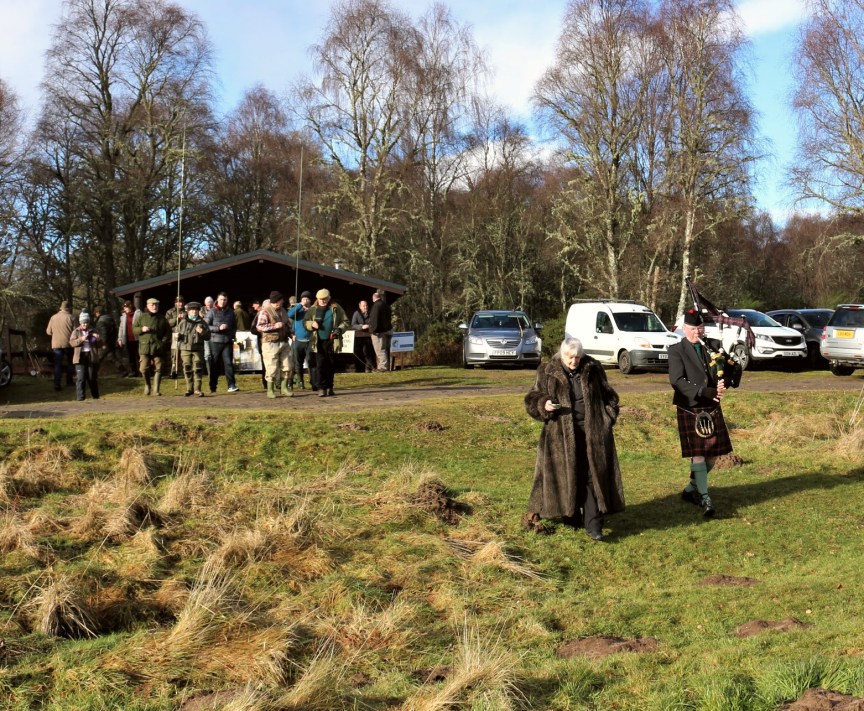 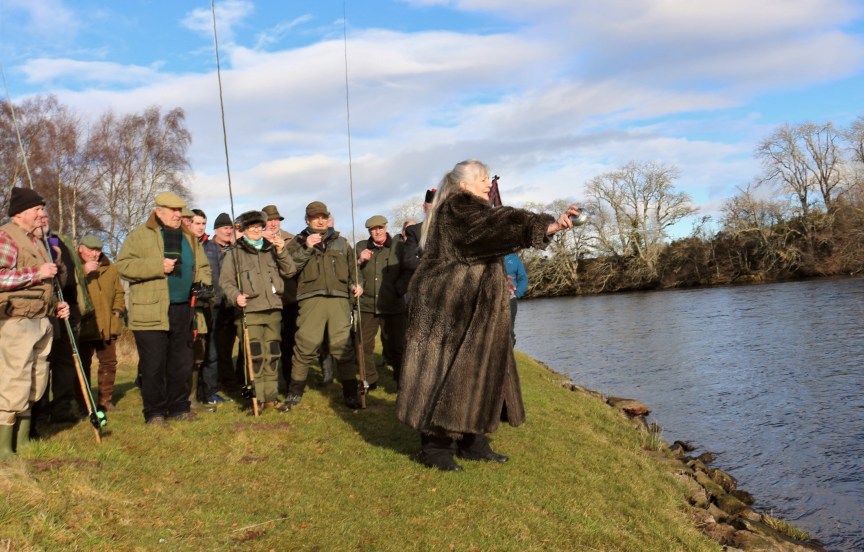 The first cast after the toast. 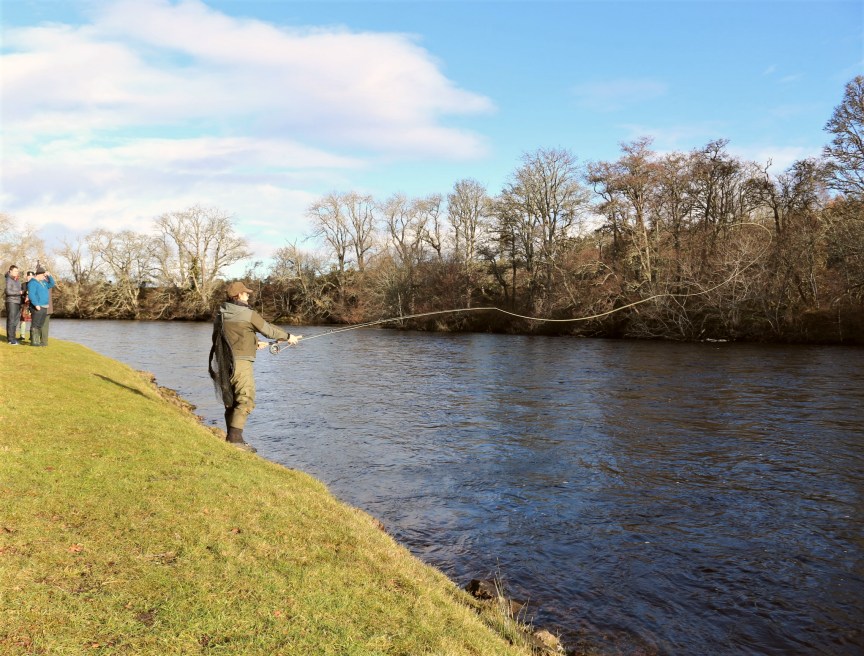 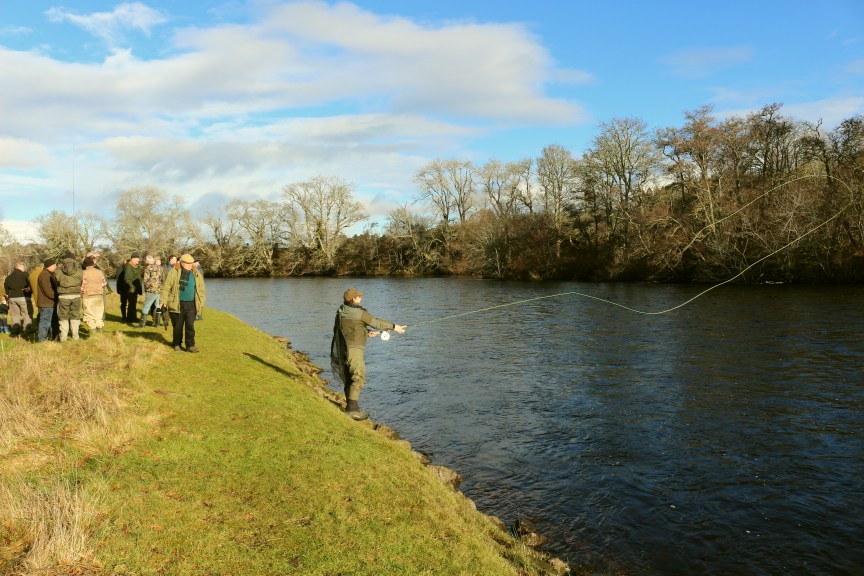 Other photographs of those enjoying the morning. 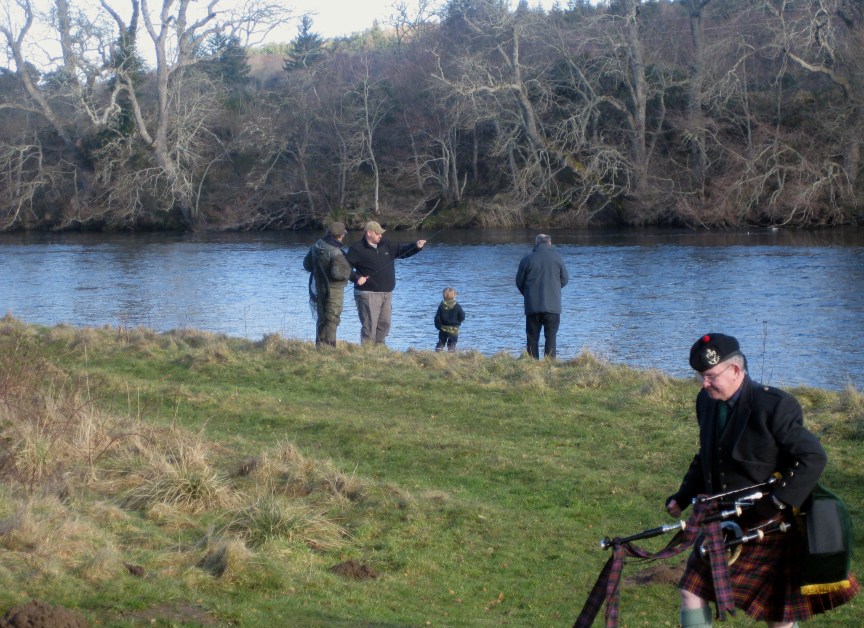 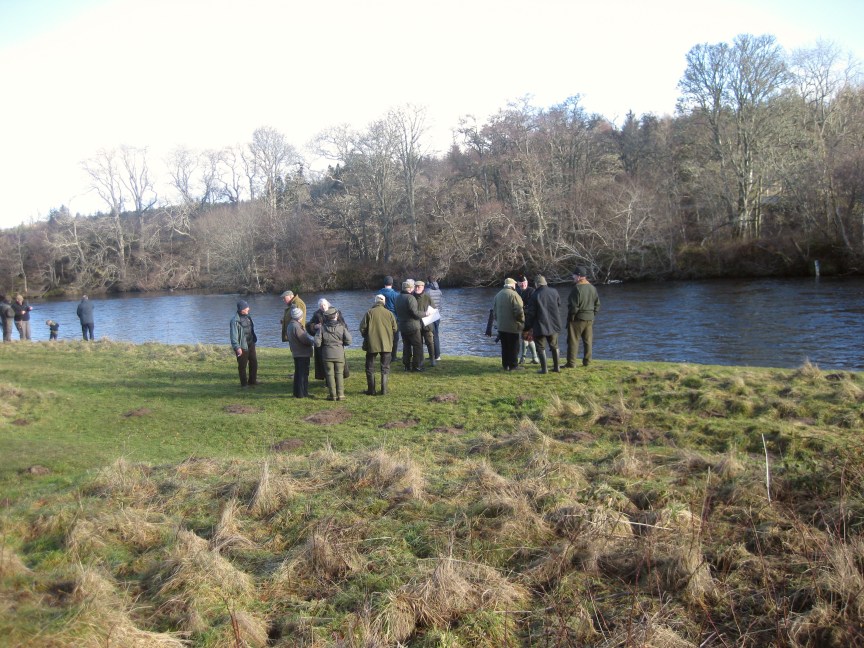 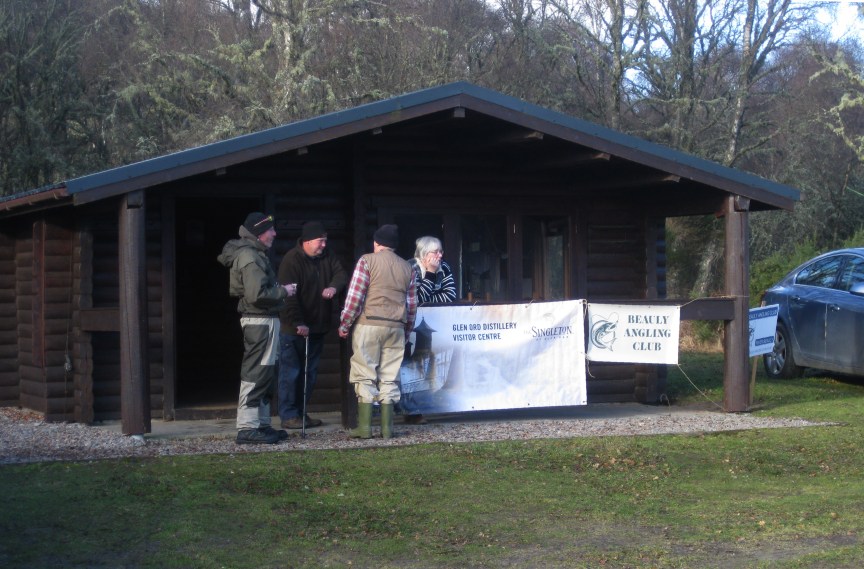 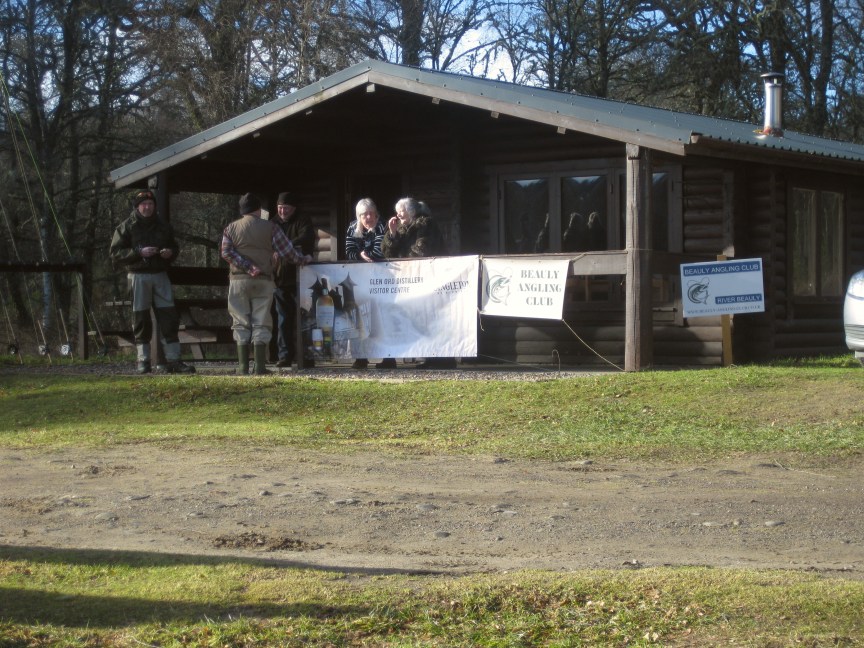